A vegan diet is a plant-based diet where all food is derived from plant sources, including fats, carbs and proteins. There are still a lot of preconceived notions about vegans and the foods they eat. It’s time to dispel those myths!

What does it mean to follow a vegan diet?

A vegan diet is a diet based only on plants and non-animal based protein sources. Vegans do not consume any animal products from meat to dairy to honey! All food is derived from plant sources, including fats, carbs, and proteins. 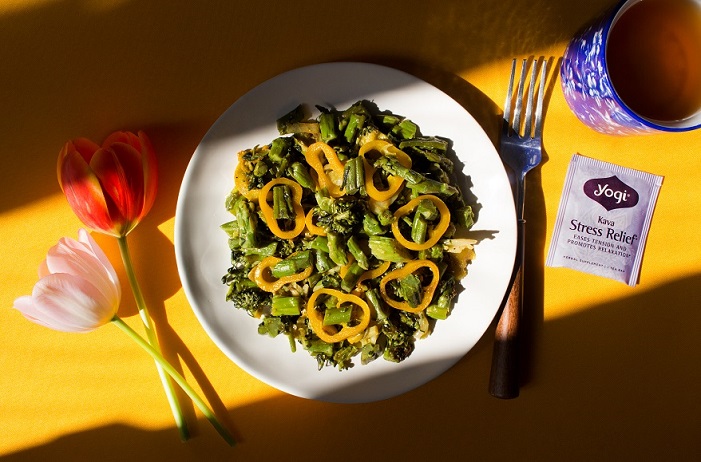 While the reasons to go vegan can be for health or ethical purposes, it can be a life-changing, and sometimes scary, decision to make.

Today is a great time to consider going vegan. With more interest from the general public and media, there has been a growing demand in food choices, cookbooks, scientific research, etc.

However, there are still a lot of preconceived notions about vegans and the foods we eat. It’s time to dispel those myths!

Eating plant-based doesn’t mean just eating salads or “rabbit food.” A vegan diet opens itself to a great variety of foods, spices, flavors and colors from plants! Creative combinations and different preparations can expand one’s palate and sense of culinary adventure. You can really play with your food to make something delicious.

From raw vegetable sushi to barbecue tempeh, the possibilities are endless. With the abundance of vegan recipes, food doesn’t have to be boring, unless you want it to be.

Myth #2: Vegan diets are all about Tofu

Tofu is a great versatile source of protein. It takes on the flavor of anything you make with it. However, it is not the ONLY source of protein for a vegan diet plan. Here are some other options:

Tempeh: Fermented soy cake that originated in Indonesia. It has a high protein and fiber content. It can be used in a variety of ways from veggie bacon to taco filling

TVP/TSP: Textured Vegetable/Soy Protein is made of soy flour. It can be used to create a plant-based alternative to ground meat, like in a Bolognese sauce or chili

Seitan: Made from vital wheat gluten, seitan has a hearty meat-like texture. It can be used to make burgers, sausages and more. Gluten-free? You may want to pass on this, but you still have a lot of options

Beans/Legumes: Lentils, chickpeas, kidney beans, and miso are just a few ways to get your protein from beans and legumes. They are easy to add to salads, sauces, soups, and stews. They can be eaten on their own or over rice. You’re still getting protein with every bite.

Nuts: Nuts can pack a punch in the protein department. Almonds, cashews, peanuts and more can be used to make milk and nut butter. They can add texture and flavor to cooking. They make for some delicious desserts.

Fruits and Veggies: Did you know that 1 cup of chopped broccoli has 2.6g of protein? 1 cup of blueberries has about 1.1g. You can eat an abundance of fruits and veggies and still get protein into your diet!

There is some confusion between what’s vegan and what’s organic. Granted, in some markets, organic products can be costly. However, vegan does not mean organic. Therefore, it doesn’t have to be expensive. It’s all about how you shop!

Here are some tips:

You may have to put in a little more effort than just grabbing ready-made meals, but you can save big in the long run.

Adopting a whole foods, plant-based diet can also have some health benefits! While veganism isn’t the cure-all to sickness and disease, you may find you’re not getting ill as often. It could save on medical bills in the long run.

Myth #4: Animal foods must be consumed for increased stamina

Many of the world’s top endurance athletes are vegans from ultra-marathoners to body builders. To name a few: Rich Roll, John Salley, Patrik Baboumian and Austin Aries. All successful athletes who thrive on a plant-based diet.

Numerous studies have shown that a balanced, healthy vegan diet does not hinder endurance or physical strength as long as the body is getting the proper nutrients and minerals it needs. The Department of Foods and Nutrition at Perdue University states that as nutritional requirements are identical for both vegan and non-vegan athletes, as long as the athlete continues to ensure they have the right intake of fat, carbohydrates, protein and essential nutrients; all of which can be gained from a plant-based diet.

Myth #5: Vegans need to take a range of supplements

A sensible vegan diet can meet the daily nutritional allowances one needs. However, in some cases, like with B12 and D3, a supplement may be necessary. It is important to get your blood work checked by a medical professional to ensure there aren’t any deficiencies.

Foods rich in fiber help your body’s digestive system. Fruits, vegetables, nuts and legumes provide the energy needed to manage your metabolism and the breakdown of food in your body. Fiber processes the vitamins and minerals in foods into your bloodstream. That energy also helps boost physical and mental activity levels. According to the American Dietetic Association, vegans should have an easier time meeting their daily fiber requirements than their meat-eating counterparts, as long as they follow a balanced diet.

As mentioned previously, a plant-based diet is not a cure-all diet. Vegans still face the risk of medical issues from the common cold to cancer. While the avoidance of meat can boost one’s health profile, it comes down to having a balanced diet. You may need to speak with a medical professional, like a registered dietician, to help ensure you are getting the rights foods, vitamins and minerals that your body needs.

While some have lost weight in transitioning to a vegan diet, it is NOT a weight loss plan or fad. Being vegan for ethical reasons doesn’t equate to health and vice versa. If one chooses to eat a whole foods plant-based diet, reducing the consumption of process foods, the potential exists to see greater health benefits, like weight loss. However, vegans, like omnivores, have to be careful of the types of foods they consume, especially those that are heavily processed and use refined sugars.

Omega-3s are polyunsaturated fatty acids that help to reduce the chance of heart disease, inflammation and depression, among other ailments. They come in two forms: EPA and DHA, which the body produces. However, the greatest source has been fish and seafood. However, for vegans, fish is not an option. Luckily enough, Omega-3s can be found in a variety of non-animal foods like seeds, leafy greens and beans. They work to diffuse Omega-6 fatty acids that are counteractive to Omega-3s.

A vegan diet is not one of deprivation. You should eat until your body is satisfied. Plant-based foods do not need to be limiting. Having a mix of complex carbohydrates with proteins, healthy fats and high fiber foods will help. Drinking a sufficient amount of number will also help the body feel full and satiated.

According to the Physicians Committee for Responsible Medicine, a study performed in 1980 showed that children on a macrobiotic or vegetarian diet had a higher IQ than those who ate meat. Note that one should consider this to simply mean that the parents of the vegetarian children were a more positive feature in the children’s’ lives, rather than vegetarian diets causing higher IQ. The important thing to note is that vegan diets certainly don’t cause a lower IQ.

Reed Mangels, PhD, RD states that there is not enough evidence to support the statement that vegans do not have enough calcium in their diet. As part of the vegan diet, several vegetables, nuts and legumes contain a rich quantity of calcium. Dark, leafy green vegetables, orange juice and fortified soy are good options for those worried about calcium deficiency. Calcium is present more in non-vegetarian food, but one must remember that it is also paired with cholesterol, fat, hormones and medicines – strong antibiotics and vaccines fed to the animals that are possibly damaging to our health.

Myth #14: If you crave meat, your body is lacking nutrition

Although scientists believe that there is a link between the craving for a certain type of food and its nutrients (called specific hunger), food cravings in humans are most likely to be something different. Cravings are most closely linked to serotonin levels rather than a specific nutrient. This is why the most common food craving people have is for chocolate, despite it having minimal nutritional benefit. Craving for meat is most likely to be due to learned behavior, as endorphins are released upon the consumption of carbohydrates and fats.

Being vegan is not a hindrance to pregnancy. All mothers should consume a healthy diet to make sure that they and their babies are getting the appropriate amounts of vitamins and minerals to promote child development. Working with a medical profession who understands veganism will help to provide proper support and guidance. If your doctor is not vegan, they should be monitoring your levels and blood work, as they would with their non-vegan patients.

In vegan Myth No. 2, we dispelled the myth that tofu was the only protein available in a vegan diet. The current daily-recommended allowance of protein is 0.36 grams of protein per pound of body weight. By eating a variety of plant-based foods, it is not different reach that amount. So, the next time someone asks “Where do you get your protein?” you can easily tell them what you had to eat today!

Myth #17: It is natural to eat food from animals

Donald Watson coined the term, “veganism” in 1944. It was defined as “…a way of living which seeks to exclude, as far as is possible and practicable, all forms of exploitation of, and cruelty to, animals for food, clothing or any other purpose.” Any act of animal exploitation, including diet, is viewed as inhumane. While some people may think eating animals is inheritent. It must be recognized that it is not innate. It’s a learned behavior. Now, people are discovering that meat is not essential to the human body, especially as more alternatives are created.

Myth #18: All plant-based diets are the same

Vegans run a wide gamut, from those who eat mostly raw, those who are also gluten-free, to those who are willing to eat honey from a local source. All vegans are different in their beliefs and requirements, and therefore vegan diets are equally diverse.

The vast majority of vegans are happy to be reaping the many health benefits of a meat-free existence, and with so many new ‘converts’ there is now a huge range of disparate people who follow a vegan diet for ethical, health or religious reasons.

Raw vegan foodists look to consume food in their purest form. While not much research has been done to prove whether an all-raw diet would be unhealthy, there have been studies to show some impacts to the body, both positive and negative. If you decide to go raw, make sure you’re not depriving yourself and are eating a balanced diet.

When you eat a well-balanced vegan diet, you reinforce your health and thereby enrich and lengthen your life for the better. Set aside the myths and you may find that following a vegan diet is the best choice for your health and happiness that you could ever make. 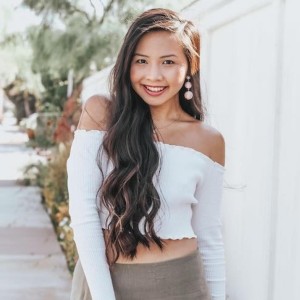