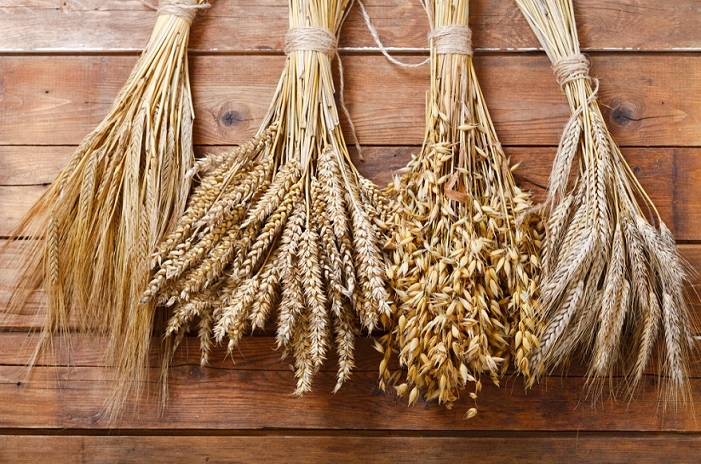 The gluten-free craze is huge in America.

In fact, a 2018 Gallup poll shows that 21% of Americans actively try to include gluten-free foods in their diet. That’s around one in five or 68.4 million people. Another statistic states that around 3.1 million Americans follow a gluten-free diet.

At this point, it’s safe to say that a gluten-free lifestyle has become commonplace.

But why do people avoid gluten? Do doctors even recommend it?

Gluten is a protein–not a carb, even though that’s often confused. It’s found in wheat, rye, barley, and triticale—a newer grain that crosses between wheat and rye. Gluten helps food maintain their shape and gives them a desired elasticity. That’s why many gluten-free breads aren’t as soft or stretchy.

Where can you find gluten? It is primarily found in products like bread, pasta, cereal, soups, and even salad dressing. Foods that are processed in facilities that use gluten may be cross-contaminated by it. Even rice or quinoa could be cross-contaminated with the gluten, so check the labels if you’re trying to avoid it!

Most beers and some wines have gluten in them. If you are intolerant or sensitive to gluten, you may need to re-think your drink.

Why do People go Gluten-Free?

Many go gluten-free because of health reasons. One serious condition is called Celiac disease, a fairly rare auto-immune disease (about one in a hundred people have it) that causes intestinal inflammation and/or damage after gluten is consumed. Some also have non-Celiac gluten sensitivity, which can cause symptoms like headaches and numbness in the arms and legs. Some simply go gluten-free for the believed health benefits.

It’s always a good idea to consult a medical professional before going gluten-free. If you do have Celiac disease or gluten sensitivity, doctors will have to assess your body’s reaction gluten. Most people do not need to avoid gluten.

Why some people avoid gluten, even if they are not sensitive to it?

There are obvious positives for those with Celiac disease or gluten sensitivity, but what about those of us who are just curious? Here are some reasons that many go gluten-free for:

Whole grains (such as those that contain gluten) may leave behind indigestible parts that ferment and produce gas in our digestive system. Although whole grains have multiple health benefits, reducing flatulence sounds like a plus for many.

People with certain chronic health conditions, such as arthritis or asthma, may be prone to developing non-Celiac gluten sensitivity. This is mainly due to a protein found in wheat that may trigger inflammation in those populations.

Wheat contains phytic acid which is may prevent or reduce the absorption of minerals such as zinc, iron, and calcium.

Some people claim that after a week or two of going gluten-free, their blemishes go away. Although that is usually a sign that a gluten-sensitivity was present, many individuals are willing to give it a try.

Some say they simply feel energized and positive after going gluten-free. This may be a result of eating more fruits and veggies after removing a large portion of starchy foods from their diets.

Luckily, the gluten-free lifestyle is not foreign in any part of this country. Most restaurants will have plenty of options for you. You won’t have to completely change the way you live, especially with an abundance of gluten-free recipes available online.

Nowadays, going gluten-free isn’t too hard because of the growing availability of gluten-free products. However, just because a product is labeled ‘gluten-free’ does not necessarily mean it is healthier than products that contain gluten.

Food companies might be using the label for marketing purposes, because more and more people are becoming interested in going gluten-free. These products may still contain large amounts of added sugar, sodium, or other ingredients you might want to limit.

If you are only going gluten free in hopes of a healthier lifestyle, you might need to dig deeper into other barriers that are holding you back. Maybe it isn’t gluten that you should focus on. Pay attention to small behaviors that you want to change and work on them one at a time.

One way to avoid the food industry’s tricks is to stick to foods that don’t have complicated, hard-to-read labels. That usually means going for the fresh fruits and vegetables in the produce aisle- you can never go wrong with choosing whole foods.

At Fresh n’ Lean we use fresh, organic ingredients–and we’re gluten-free. Whatever your reason is for going gluten-free, we have options available for you that are also packed with nutrients for a strong and healthy body.