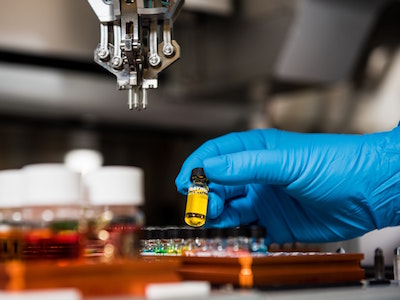 A new study looks at the long-term results achieved with a keto diet. It suggests that this eating plan’s ability to generate weight loss may diminish the longer it is followed.

You’re probably familiar with the trendy keto diet by now—the lifestyle that cuts carb intake down to around 25 grams of net carbs a day and bulks up fats to make up about 80 percent of the diet.

The diet has been touted as a winner for weight loss, more energy, fewer cravings, and more stamina.

Yet, a new study from Yale, which was published in the Jan. 20 issue of Nature Metabolism, shows that keto might not be the best diet for long-term success and results, but rather it could be best integrated into one’s lifestyle in smaller doses.

In fact, it appears based on this data (though in mice, not humans) that when following a ketogenic diet, where about 99 percent of calories are from fat and just a mere 1 percent come from carbohydrates, you might reap those amazing benefits in that first week, but longer use of the diet could prove negative down the road.

So, the timing might make a huge difference here! Let’s dig deeper.

“This study examined how a ketogenic diet influenced the activity of a specific type of immune cell (gamma delta T cells) in mice. These specific T cells are produced when the body produces and uses ketones as fuel,” explains Seattle-based registered dietitian Ginger Hultin, RD, and Spokesperson for the Academy of Nutrition and Dietetics.

During ketosis, these immune cells spread through the body. “This reduces inflammation and, together with a reduction in blood glucose, lowers diabetes risk after one week on the diet,” adds Sofia Norton, RD and keto expert.

“Our findings highlight the interplay between metabolism and the immune system, and how it coordinates maintenance of healthy tissue function,” explained Emily Goldberg, the postdoctoral fellow in comparative medicine who found that the keto diet expands gamma-delta T cells in mice.

After 1 Week on Keto

After 2 Weeks on Keto

What It Means For You

“This is certainly interesting and highlights some potentially important details for people who want more information on how effective and safe a keto diet is. Because this study was done with rats, the results cannot be expanded to humans just yet though,” says Hultin.

Norton happens to think us humans shouldn’t automatically think it has the same impact for us long-term.

“This doesn’t mean much for keto-ers because mouse studies are preliminary. Something being the case in mice won’t automatically be the same in humans,” says Norton.

“I don’t agree with the idea that keto will have the same negative effect on humans as it did in this experiment,” Norton explains.

Still, this study highlights the importance of future research to see if these pathways function similarly in humans as they do with rats. We may find that the results with humans are different or more nuanced, as our health is influenced by numerous other health behaviors like exercise, sleep, stress, and the content of our diets, she adds.

It could be, but based on this preliminary research, it might not be the best diet to choose long-term.

Still, “small doses,” is likely longer for humans than mice. By “short doses” they meant one week in mice. “That would probably translate to a longer time frame in humans. But we don’t know exactly how much,” says Norton.

However, regardless of the length, if you find it too challenging and restrictive, it may just not be the kind of diet that you want to live on forever.

The Best Type of Diet

“The best type of dietary plan is one that you can stick with long-term that supports your body’s need for protein, fat, carbs, and vitamins/minerals. The ketogenic diet is very restrictive and can eliminate key nutrients like fiber from complex carbs and many different vitamins and minerals,” says Hultin.

Instead, focus on a whole-foods, balanced diet and be less concerned with using keto as a weight-loss tool, unless you absolutely need it or want to give it a shot.

How Long Should You Do Keto?

The length varies based on the situation, too. “Doctors prescribe keto to epilepsy patients only. Even then, it’s meant to be a temporary nutritional therapy, lasting for up to 2 years,” says Norton.

Likewise, those following keto for weight loss plan to do so until they’ve reached their desired weight. So, that time frame could be longer or shorter based on the individual.

“I don’t think it’s necessary to follow keto for longer than that. After you’ve reached your goal, sticking to unrefined carbs and eating balanced can help you maintain good health,” says Norton.

Yet, if you’re using keto to manage diabetes, then long-term keto may be an option since diabetes is reversible, but not curable, Norton says—just speak to a physician first.

Is keto safe, though?

Yes—the keto diet can be safe as long as you do it the right way.

“Keto can be safe if it’s managed correctly and monitored by a medical professional. Make sure to work with a registered dietitian as you get started making sure the diet is balanced and meets your needs,” says Hultin.

Consider baseline lab testing with your physician and on-going monitoring to make sure that electrolyte levels, kidney function, and cholesterol levels are all safe, too.

Adding supplements can make it safer and easier too. The ketogenic diet is naturally low in fiber—so constipation can become a real issue. “Work closely with your medical team about all of these concerns so that you’re safe on this type of diet if you choose to pursue it,” Hultin says.

Positive Findings of the Research

Of course, while it might not be the best news for keto fans or those wanting to try it, there are positive aspects that come from it. “Human studies (and clinical trials) have often found keto to be promising in reducing seizures, slowing down age-related brain diseases, and lowering blood glucose and hemoglobin A1c levels in people with diabetes,” says Norton.

“Less is known about how the diet and long-term ketosis influences inflammation and metabolic health,” she says, but at least we know there are short-term benefits.

“My takeaway from this is that the keto diet can and has helped people lose weight. Being overweight is known to be linked to low-grade inflammation and countless health risks,” Norton says.

If keto can help you lose weight, then the benefits may outweigh potential risks suggested by a mouse study.

How to Practice it in Smaller Doses

There is no reason to not try the smaller dose approach, but you may want to extend it a few more weeks to see how things go before breaking away unless you do see negative results.

Research found that human bodies take time to adapt to a keto diet, though. Once they adapt, their bodies become more efficient at utilizing fat and ketones for fuel.

This is known as “keto adaptation” and takes around 3-4 weeks of keto eating to take place. “So, it is a good idea to follow a keto diet for more than a couple of weeks to reap its benefits,” says Norton, who does recommend doing it for 3-6 months on average.

Once you’ve decided there’s no need to follow keto anymore, gradually reintroduce carbohydrates, making sure they’re unrefined and come from real foods like whole grains, legumes, tubers, and fruit. Avoid added sugars and limit sweets as much as possible—junk food is not good for you on any diet!

How To Transition After Weight Loss

If you only have a few pounds to lose, short-term keto of up to two months followed by a slow transition into balanced, whole food eating may do the trick.

“However, keto is most practical for people who need to lose a lot of weight and have not managed to lose it on other diets. The diet is extremely different from how people usually eat, and it takes a lot of practice and dedication, so you’re more likely to be motivated to switch to such a lifestyle if your life and health depend on it,” says Norton.

When you do transition, eat whole foods, keep junk at bay, and bring back carbs slowly to not overwhelm the body and experience negative side effects, such as fatigue, digestive discomfort, impaired sleep, and low energy.

The Future of Keto

Keto is a huge trend right now—it likely won’t die down too fast based on this new research. But, it probably will if more research shows it to be less beneficial long-term, much like other fad diets tend to lose that trendy factor with time.

“I’m expecting it will fade as several other very low carb diets have in the past based on long-term dietary trends. In the US News and World Report 2020 Best Diets Overall this year, balanced diets like Mediterranean and DASH got ranked the highest and keto got ranked second to last so the fact that it is already showing up in this way makes me think that it may fade over time,” says Hultin.

“However, it is definitely used in a number of medical conditions as a treatment so it will likely continue to be used as a medical therapy,” she says. Just the go-to method for weight loss and healthy living idea may become less popular within the next couple of years as people choose other diets, like the Mediterranean, as a preferred option.

Hopefully, more studies involving people will be carried out. This will help us understand more about the diet.

“Unfortunately, we know very little about the mechanisms behind keto and ketosis. Even though doctors have been prescribing keto as an epilepsy treatment for a century, no one knows why it works,” says Norton.