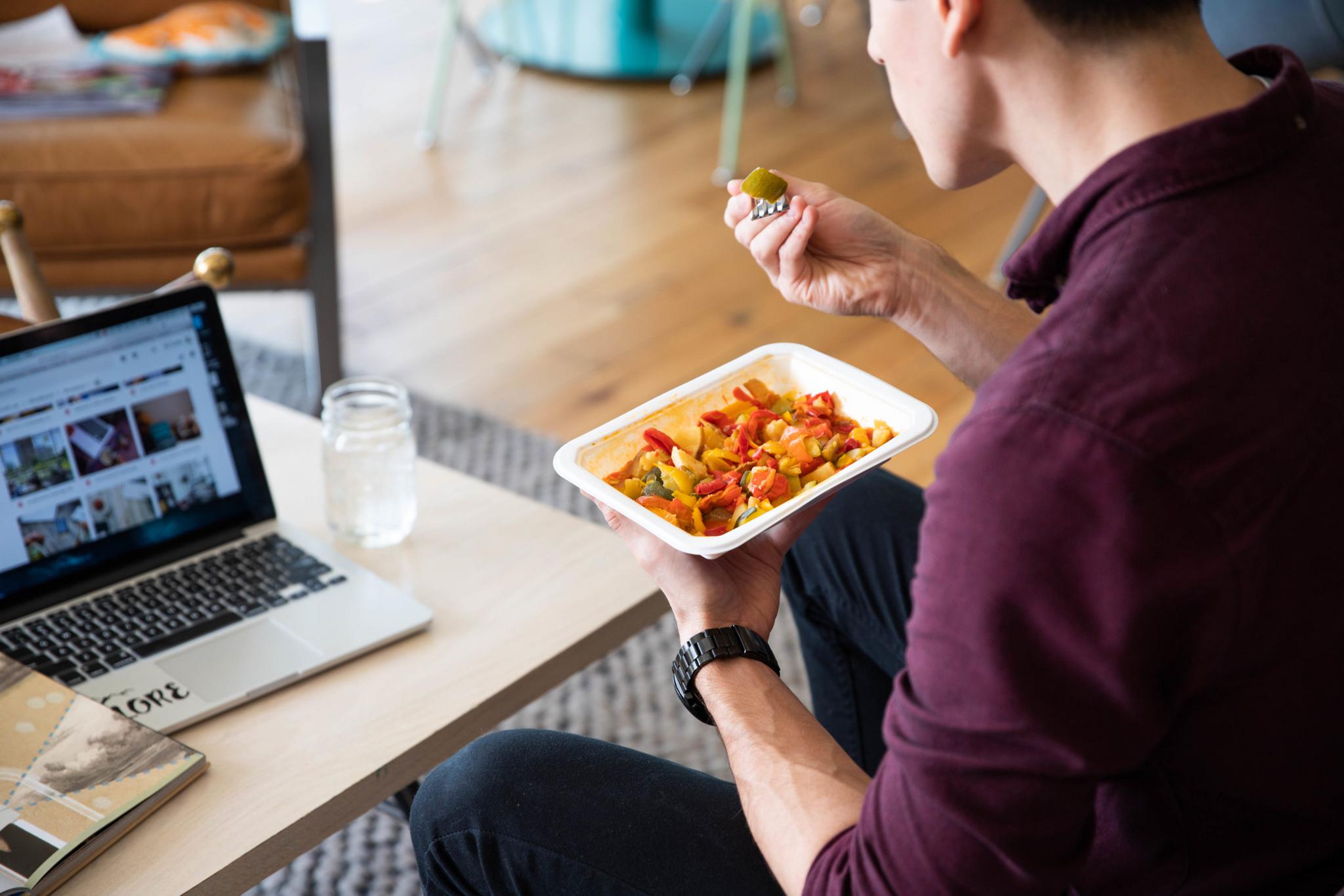 There are keto foods that boost brain power and support mental functioning, and these include choices such as salmon and eggs. Adding these foods to your diet can help give you the edge you need to compete and win.

If you want to give your brain power a boost, the best place to start is with the food on your plate.

The keto diet is currently riding a wave of popularity. People love it for its ability to reduce body fat, but its benefits don’t end there. There are several keto foods that boost brain power, and they may help give you the mental sharpness you need to thrive in today’s competitive world.

Curious about what a keto diet can do for you? In this article, we’ll briefly explain the basics of the keto eating plan. Then we’ll take a closer look at a few keto foods that can improve brain health.

Remember the Atkins diet from a few years ago? The keto eating plan shares certain similarities to Atkins. Both Atkins and keto are low-carb diets.

With the ketogenic diet, your carbohydrate intake is severely reduced and replaced with foods that are high in fat. Cutting back on carbs in this way puts your body in a metabolic state called ketosis.

Normally, your body burns carbs for fuel, but in ketosis, it’s forced to use fat as its primary energy source. This fat is used to produce a trio of related compounds known as ketone bodies.

Ketosis can lower your blood sugar and insulin levels. As a result, a keto diet can be therapeutic if you’re insulin resistant or have trouble controlling your blood sugar.

This eating plan may also help support weight loss. There are studies showing that the high ketone levels associated with this diet may help you shed extra pounds and reduce body fat.

The following keto foods can help give your brain the fuel it needs to function at its very best:

Why is salmon so good for brain health? To understand this, we first need to learn a little bit about the biology of the brain.

A large portion of the brain is composed of docosahexaenoic acid (DHA). DHA is an omega-3 acid, and it’s also found in the cerebral cortex, skin and retina.

The human body isn’t capable of producing its own DHA. This means we have to get it from our diet, and salmon is loaded with it.

DHA can help prevent brain inflammation. This fatty acid also produces neurotransmitters that give your brain’s cells the fuel they need to function efficiently.

Add salmon to your diet to help ensure your body has enough DHA to keep your brain in peak shape.

Ever heard of choline? It’s one of the newer nutrients on the scene — it was discovered just a couple of decades ago. The Institute of Medicine recognized it as an essential nutrient in 1998.

Choline has a huge impact on brain function and development. It contains a micronutrient that your body uses to produce a neurotransmitter called acetylcholine. Acetylcholine plays a key role in regulating mood and memory.

Choline benefits more than just brain health. It also supports liver function, and it gives your body the resources it needs to keep your nervous system and metabolism in tip-top condition.

Egg yolks are a rich source of choline. This means you can up your intake of this nutrient by including eggs in your diet.

Know that eggs have more to offer than just choline. They contain B vitamins that foster optimum brain function, such as B12 and folate. Deficiency in both these vitamins has been linked to depression, and low folate levels are common in elderly people with dementia. Studies have shown that folate supplementation can stave off the cognitive decline that sometimes comes with old age.

Give your brain the choline, B12 and folate it requires by incorporating eggs into your keto eating plan.

Used to add healthy fats to salad dressings and smoothies, MCT oil is typically extracted from coconut oil. Both coconut oil and MCT oil are high in medium-chain triglycerides (MCTs).

Most of the fats we eat are long-chain triglycerides (LCTs). MCTs have smaller fat molecules than LCTs, and this makes them more easily digestible.

MCT oil is notable for how quickly it’s absorbed by the body. It doesn’t need to be broken down to pass through cell walls, and this allows it to serve as a quick source of energy. This energy can be used to provide fuel for your brain.

Some studies have shown that MCT oil may help improve memory and ease conditions associated with impaired thinking and judgment. Research also suggests that MCT oil and a ketogenic diet can be helpful in managing conditions such as Alzheimer’s disease and epilepsy.

This oil’s benefits don’t end there. Studies indicate that MCT oil releases hormones that promote a feeling of fullness. And research suggests that it can bring reductions in body weight and waist circumference.

Benefit from MCT oil’s brain-boosting qualities by adding it to your keto diet. Some people include a spoonful of this oil with their coffee.

Turmeric is low in carbs, and this makes it a suitable addition to your keto eating plan. This curry spice has been used in India for thousands of years, and it does more than just add flavor to your foods. It contains an ingredient called curcumin that’s been hailed for its medicinal properties.

Curcumin increases the production of a growth hormone called brain-derived neurotrophic factor (BDNF). Brain disorders such as depression have been linked with low levels of BDNF. Some studies also suggest that curcumin may improve memory, which seems logical given its impact on BDNF.

The curcumin found in turmeric supports more than just your brain. Curcumin is a potent antioxidant; it capably neutralizes free radicals, and it also encourages your body to produce antioxidant enzymes. This can ultimately help minimize oxidative damage. By reducing oxidative damage, you may be able to diminish the signs of aging.

Curcumin also works hard to reduce inflammation. With many types of arthritis, there is inflammation in the joints; studies have shown that curcumin can ease the symptoms of this common disease. In one research study, curcumin was shown to be just as effective as an anti-inflammatory drug, without the side effects.

It’s a good idea to add turmeric to your diet. But know that the levels of curcumin contained in the turmeric used in cooking are lower than the levels used in research studies. If you want to improve your chances of reaping the benefits observed in these studies, supplement with a turmeric extract that’s been standardized to include a high level of curcumin.

The right foods can support your mental health in a powerful way. Pay a trip to your local grocery store to stock up on the brain-boosting keto foods discussed in this article.

For a simple way to add keto foods that boost brain power to your diet, subscribe to Fresh N’ Lean’s Keto meal plan. You’ll find cage-free eggs in dishes such as our Mushroom Frittata with Ground Beef. And choose dishes such as our Mediterranean Salmon for a healthy serving of DHA-rich fish.

10 Healthiest High Protein Foods (According to a Nutritionist)