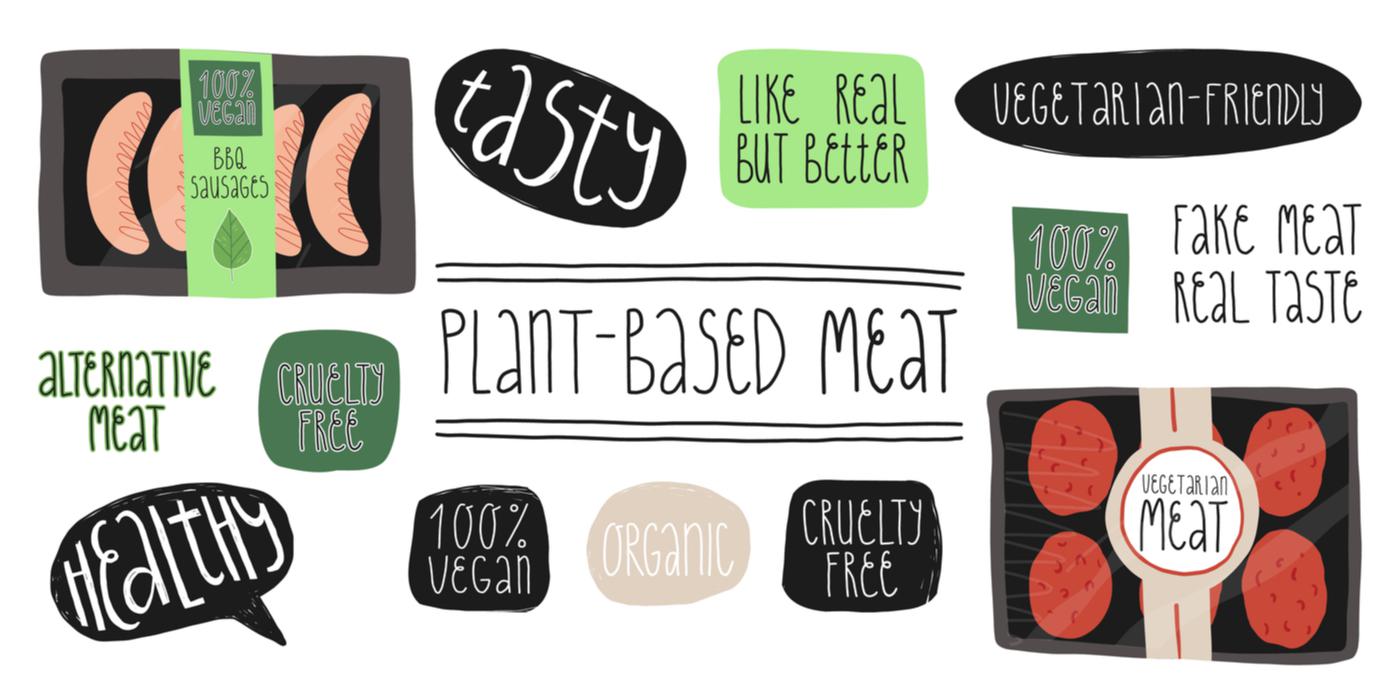 Whether you’re talking about a veggie burger, vegan sausage, plant-based chicken or faux ground beef, fake meat is everywhere. It offers some distinct advantages over the real thing.

For many people, the word “fake” has a less-than-positive connotation.

In some cases, that connotation is warranted. For example, a fake Rolex obviously lacks the quality of the genuine article.

But in other cases, fakes use technology and innovation to improve on the real thing. They’re able to offer advantages that the real thing doesn’t.

Take vegan leather, for example. It’s evolved in recent years. It can be made from a wide range of sustainable materials, from pineapple leaves to cork. If you want a cruelty-free leather substitute that looks perfectly authentic, there are vegan leather choices available that fit the bill.

One particular fake product has been attracting lots of attention lately: fake meat.

It’s everywhere these days. You’ll find it on supermarket shelves, in high-end eateries and at fast food chain restaurants.

Is it better than the real thing?

In this article, we’ll define fake meat and explain how it’s made. Then we’ll see how this food compares to real meat in certain key areas.

What is fake meat?

Fake meat – also known as faux meat or mock meat – is a meat substitute. This meat alternative is designed to mimic the taste and appearance of the real thing. These products are typically plant-based.

There are many different brands of fake meat on the market. The ways in which this food is produced sometimes differs from brand to brand.

How is fake meat made?

With many faux meat products, the main ingredient is soy protein. Soy is a great ingredient to use, because, like real meat, it’s high in protein.

The challenge with soy concerns texture. While real meat is fibrous, soy is globular.

To help it mimic the texture of actual meat, soy is put through a process that makes its pores more fibrous. The molecules are then held together using a gel such as xanthan gum. The end result is a food that imitates the stuff produced by cattle and chickens.

In other cases, fake meat products are produced using wheat gluten. Gluten has a naturally chewy, stretchy texture that makes it an ideal choice for a meat substitute.

Some faux meats use pea protein as a main ingredient. Pea protein is an easily digestible protein source, and it’s made from yellow peas. It contains all nine essential amino acids, and that makes it a complete protein. It’s rich in iron and naturally gluten-free.

Cell-based meat is an option on the horizon. Also known as lab-grown meat, cultured meat or clean meat, this type of faux meat is still in the development phase. It’s produced by cultivating animal cells in vitro.

Unlike real meat, cell-based meat doesn’t require the slaughter of animals. However, it’s still an animal-based meat product, so it won’t do it for you if you’re a vegan or vegetarian.

Cell-based meat hasn’t hit supermarket shelves just yet, but it’s expected to be available within the next year or two.

Is fake meat better than the real thing?

It certainly can be.

Here are five ways in which fake meat surpasses the real thing:

Fake meat differs in quality from brand to brand, and some brands do a better job of creating a convincing imitation than others. Still, the brands that do it well do it really, really well. They manage to create plant-based meat that is moister and more uniform in texture than the real thing could ever be.

Here at Fresh N’ Lean, we offer an exciting new meat substitute called PLANT-BASED CHICKN. This food doesn’t just taste like real chicken; in many ways, it improves on it. It even separates just like chicken when you pull it apart with your hands.

We’re also fans of meat alternatives made by Beyond Meat. This brand’s product range includes everything from vegan meatballs to plant-based burgers.

2. No hormones or antibiotics

Animal protein that’s been commercially raised is given hormones to speed up growth and antibiotics to ward off disease. These practices can have negative consequences for human health.

Take antibiotics, for example. Poultry that’s been pumped with antibiotics can develop resistant bacteria. If you ingest this bacteria via the chicken on your plate, you may develop a resistance to the antibiotics your doctor gives you to fight off an infection.

This can be especially concerning for those with compromised immune systems. This group includes those with HIV/AIDS, and people who are being treated for diseases such as diabetes and cancer.

Fake meat is 100 percent free of hormones and antibiotics. That fact makes it a better choice than commercially raised meat if you’re seeking to limit your exposure to these chemicals.

By now, most of us are aware of the dangers of saturated fat. Red meats such as pork, beef and lamb are loaded with it. The American Heart Association makes it clear that eating too much of this type of fat can raise your cholesterol and increase your risk of heart disease.

Many brands of fake meat contain some saturated fat (derived from plant-based sources), but there’s much less of it than you’ll find in foods made with real meat. This fact makes faux meat a superior choice if you’re seeking to reduce the amount of saturated fat in your diet.

You probably know the story regarding cholesterol. This is a waxy substance that can lodge in your blood vessels. It can build up over time and block your arteries. In some cases, a cholesterol deposit can suddenly break free and form a clot that leads to a heart attack or a stroke.

Our bodies naturally produce cholesterol, and a certain amount is necessary to build healthy cells. However, if there’s too much, it can cause problems.

A diet that’s high in cholesterol can compromise your health. It can raise cholesterol levels in your body and increase your risk of stroke and heart disease. There’s lots of cholesterol in red meat.

Plant-based faux meat is completely free of cholesterol. As such, it’s a better choice than real meat for heart health.

Eating real meat has an effect on the environment. It takes lots of pesticides, fertilizer, animal feed and water to raise the animal protein required for this type of meat consumption. And the process releases greenhouse gases and a range of harmful chemicals into our air and water. If more people eliminated meat from their diets, the environmental benefits would be huge.

Then there’s the fact that real meat requires the slaughter of animals. Some people prefer to consume food that’s cruelty-free.

Fake meat gives you the look and taste that make real meat so appealing. But this substitute doesn’t have the same negative environmental impact as real meat, and no animals are harmed during its production.

Head down to your local grocery store, and toss a meatless burger or some veggie chicken in your shopping cart. Judge for yourself whether these meat alternatives taste better than the real thing.

If you’d rather have someone else do the cooking, subscribe to Fresh N’ Lean. Our Standard Vegan meal plan includes tasty plant-based beef from Beyond Meat as well as our own PLANT-BASED CHICKN. Let us deliver healthy, organic food to your doorstep.