Many of us grew up eating Oreos as kids, breaking apart the creamy middle from one half of the cookie and dunking it into a tall glass of milk. Little did we know that these favorite childhood treats contain no animal products.

Oreo cookies do not contain any animal-derived ingredients and are safe to eat for vegans. If you have a dairy allergy, keep in mind that Oreos have milk as cross-contact.

There is no mention of dairy or eggs, yet the Oreo company itself says they do not consider the cookie “suitable for vegans” on the FAQ page: “Oreos have milk as cross-contact and therefore are not suitable for vegans.” Oreos were not always vegan

In the past, Oreos definitely weren’t vegan. In the early twentieth century, they were made with lard (pig fat). It was only in the mid-1990s, over concerns about the healthfulness of animal fat, that Nabisco, Oreo’s parent company, decided to replace lard with partially hydrogenated vegetable oil. That change lasted another decade until further health concerns. So in January 2006, under pressure from the public, Oreo replaced the trans fat in the biscuits with non-hydrogenated oils. Still, the recipe included whey protein, which is derived from dairy, until 2013 in the UK and 2014 in the US. When that ingredient was removed, the cookies finally became animal-free.

Given that most products are made in facilities that contain animal products, does a trace amount of milk make something definitively not vegan?

For an answer, we turn to PETA, the organization many would consider the authority on what counts as vegan. They have a whole statement about foods containing small amounts of animal products with a sticky note that reads “Don’t worry”. The statement reads:

“Some packaged foods have a long list of ingredients. The farther an ingredient is down the list, the less of that ingredient is in the food. People who have made the compassionate decision to stop eating animal flesh, eggs, and dairy products may wonder if they need to read every ingredient to check for tiny amounts of obscure animal products. Our general advice is not to worry too much…The goal of sticking to a vegetarian or vegan diet is to help animals and reduce suffering; this is done by choosing a bean burrito or a veggie burger over chicken flesh, or choosing tofu scramble over eggs, not by refusing to eat an otherwise vegan food because it has 0.001 grams of monoglycerides that may possibly be animal-derived.”

“Our general advice is not to worry too much…The goal of sticking to a vegetarian or vegan diet is to help animals and reduce suffering.”

Now that we have determined that Oreos are technically vegan, should you be eating them?

Unfortunately, the fact that Oreos are vegan is more a testament to the ingenuity of fast food producers than any moral or health claims. None of the ingredients found in an Oreo cookie are whole, real foods. Like other processed foods, Oreos contain many genetically engineered and harmful ingredients, including high fructose corn syrup, an omnipresent sweetener, and soy lecithin, an emulsifier extracted from soybeans. While both of these ingredients are derived originally from plants, they are a far cry from healthfulness. Indeed, Oreos are a perfect example of that fact that just because something is vegan does not make it healthy. 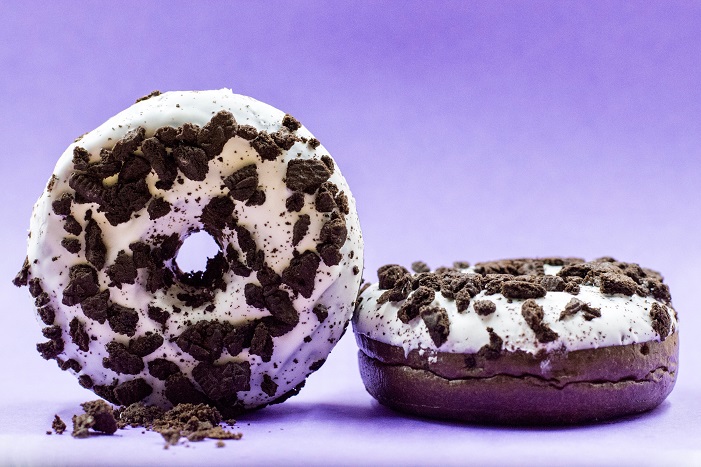 Nor does it make it ethical in a broader sense than solely animal welfare. One of the main ingredients is palm oil, which is not only a processed food that is bad for our health, but is also disastrous for the environment. The vast majority of palm oil produced today is grown unsustainably in developing countries where large swaths of tropical forests have been cleared to make room for palm oil plantations. Given that it’s cheaper to produce palm oil than animal fat, this ingredient has become almost ubiquitous in processed food today.

So, while you should consider Oreos vegan, you should not consider them healthy, nor necessarily ethical. At Fresh n’ Lean, we believe in more than providing you with vegan meals, but also providing you home-cooked wholesome goodness made of real plants from the earth, rather than processed foods. That being said, you can still eat Oreo cookies on occasion, and consider it a nostalgic indulgence.

Just make sure to dunk it in a glass of plant-based milk.

What makes a product vegan?

Things get a bit more complicated when you ask different vegans whether this product or that product counts. For example, some people are just dietary vegans and they’re fine with animal products as long as they aren’t eating them. Others are lifestyle vegans and try to avoid animal products that include fur and leather.

There’s also the question of what constitutes an animal. For example, B12 comes from meat, hemp seeds, and bacteria. Some vegans feel that the bacteria produced B12 found in supplements goes against their style of veganism while others do not. Additionally, insulin is made from yeast and other bacteria.

Some people would say that taking insulin is non-vegan-friendly whereas others say that exceptions have to be made in specific medical situations.

Others go as far as to say that certain plants are not vegan-friendly because they harm more animals than other plants. Palm oil, found in Oreos, is an example of this. Although palm oil comes from palm trees, many vegans feel like they should avoid this ingredient because it has a very negative impact on the environment and hurts animals who depend on palm trees in their ecosystem.

So although all vegans agree that veganism is about avoiding animal products, it’s clear that vegans draw the line differently one from another.

With Fresh n’ Lean, you don’t have to worry if your food is vegan

No matter where you fall on the great Oreo debate, there is one thing we should all be able to agree on. Being vegan can be hard sometimes and questions like, “Are Oreos vegan,” just add unnecessary complications to breakfast, lunch, and dinner that don’t need to be there. Fresh n’ Lean can take away all of that and make eating simple again.

Our Fresh n’ Lean chefs make amazing meals out of in-season ingredients that are suitable for vegans of all stripes and standards. Our vegan meal delivery service has been a real blessing to those who are trying to keep vegan while not spending all of their spare time planning their next meal. Our food is organic, in-season, healthy, and vegan, basically it’s everything you need and nothing that you’re trying to avoid.

Forget about the Oreos and check out our menu instead to see if going vegan with Fresh n’ Lean is the right choice for you. 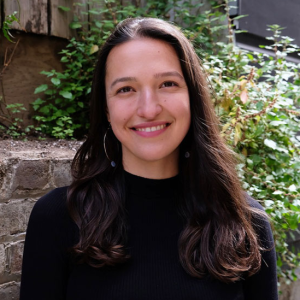