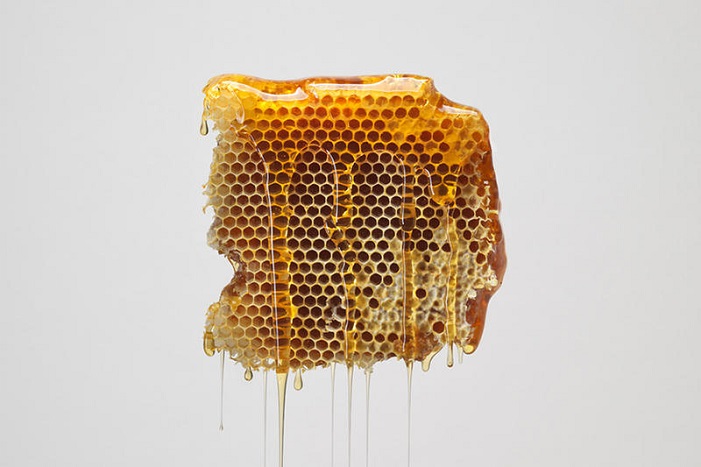 Honey is not vegan. Still, there is debate in some corners of the vegan community as to whether it’s an acceptable food for those who follow a plant-based lifestyle.

One of the most common questions about veganism is: can vegans eat honey?

There is a straightforward answer to this question – no – but it does generate a lot of debate among vegans and it isn’t a completely clear-cut issue.

In practice, the question “is honey vegan?” depends on the definition of veganism, which the Vegan Society states as:

“Veganism is a way of living which seeks to exclude, as far as is possible and practicable, all forms of exploitation of, and cruelty to, animals for food, clothing or any other purpose.”

As this makes clear, the answer is no, honey is not vegan.

Honey is not vegan because harvesting it exploits and harms bees. When honey is harvested, it’s replaced with high-fructose corn syrup, but this reduces bees’ ability to fight off disease or cope with pesticides. However, honey can be harvested through “balanced beekeeping” to produce it in a more ethical and sustainable way, which doesn’t harm bees.

Many people ask “do vegans eat honey?” because there is genuine confusion about what qualifies as vegan. The sticking-points for most people are the idea that bees aren’t really “animals,” or that honey is naturally-produced by bees (and so it isn’t exploitative) and humans taking it has no impact on them.

The size of the animal doesn’t matter, and this is a key reason why vegans don’t eat honey.

The other arguments need a little more detail to address, but the key point is that: honey is not vegan, at least by the conventional definition.

In summary, bees have evolved a complex set of behaviors and biological mechanisms to produce a food supply to maintain their hives through the winter. Humans then take this food supply and substitute something that isn’t as good for the bees. So the other part of the answer to “why is honey not vegan?” is because it’s exploitative and hinders bees’ ability to survive.

There are even more reasons most vegans don’t choose to eat honey when you look in more detail about the process of beekeeping for the purposes of harvesting honey. Some uncomfortable facts underpin the issues many vegans have with honey. 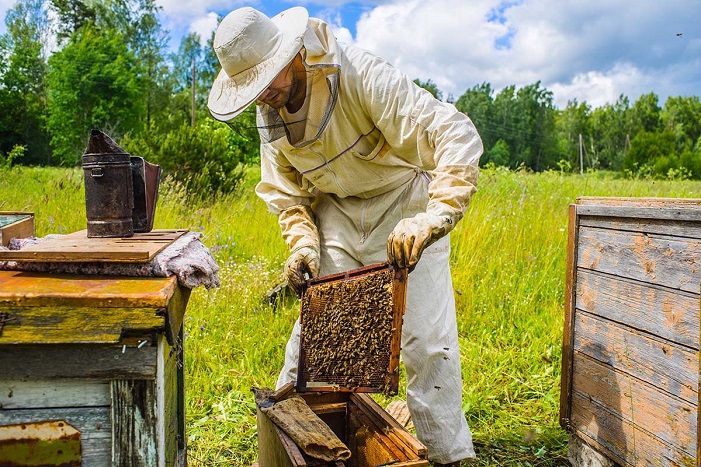 1 – Some bee farms “cull” the bees after harvest

To save on the cost of feeding the bees over the winter, some farms simply cull (i.e. kill) the whole hive of bees and create a new hive the next year. This is simply because the industry puts profits over the welfare of the animals: the bees don’t matter; only the product they produce.

If the queen leaves the hive, the bees will swarm and follow her. Losing honeybees like this would be a downside for the industry, so in some cases beekeepers clip the wings of the queens, thus preventing them from leaving. Similarly, some kill the queen and replace her with a younger queen to prevent migration.

The decline in bee populations – referred to as “colony collapse disorder” – likely has multiple causes, but some of them are particularly relevant to honey production. Firstly, the substitution of honey with high-fructose corn syrup reduces their resilience to pathogens and pesticides. Secondly, pesticides are often used to protect hives from mites, fungi or other intruders, but the pesticides themselves may have a role to play in colony collapse disorder. This isn’t clear-cut but there is a definite risk that this is the case.

Before honeybees arrived in North America in the 1600s, native or “keystone” pollinators, like moths, beetles, bats and birds, as well as native bees. However, as honeybees are used to produce honey, the large imported populations are taking this ecological role away from keystone pollinators. We essentially use the nectar these animals would consume for our honey, thus impacting their ability to survive and thrive.

There are also relevant issues for vegans and honey relating to the process of harvesting. For a start, even the most careful beekeeper will accidentally kill some bees in the process of harvesting. This is bad enough, but many vegans also object to the use of smoke or chemical mixtures to make the bees docile during harvesting and less likely to sting the beekeeper. They have to do this because – from the bees’ perspective – humans are taking their hive’s resources. It’s like a stranger coming into your house and clearing your freezer out to take home and eat for themselves.

However, not all vegans consider honey to be an issue. This is why there is an intense debate around the question of “is honey vegan?” despite all of the arguments raised and addressed so far. There are a couple of points from the more permissive side that are worth talking about specifically.

One argument is one of pragmatism. Some vegans argue that not allowing honey contributes to the perception than veganism is too restrictive a lifestyle. In short, they say that banning honey for vegans risks putting would-be vegans off.

This doesn’t require a counter-argument as such, because most people are vegan for ethical and environmental reasons, and these guide their choices. Most vegans don’t eat honey because they take issue with the practices described above or what they see as the exploitation of animals. This moral reason generally takes precedence over any pragmatic concerns others raise: you want to do what’s right even if there’s a chance it would put some people off.

But the pragmatic concerns are still valid in some ways. To stop more obvious forms of exploitation of animals or direct harm, getting more people to be vegan is crucial. If this is easier to do if you allow honey, is that really a bad thing, overall?

There are also vegans who value different things. For example, if you’re a vegan because you want to avoid animal products, then honey is a definite no-no. However, if you’re a vegan because you don’t agree with cruelty to animals, then it’s not as clear-cut. Some beekeepers are “balanced” keepers, meaning that they only take honey when there is excess. Arguably, this reduces the negative effects on the bees substantially and could be permissible.

Finally, there is an interesting argument that seems unrelated to the vegan debate about honey at first, but it isn’t. Honeybees are “rented out” to pollinate crops, travelling around the country (likely eating high-fructose corn syrup on the way) and pollinating plants such as almonds, cucumbers, cauliflower, cherries, avocados, peaches, pears, plums, blueberries, cranberries and more. This is effectively farming the bees in the same way as they’re farmed for honey. 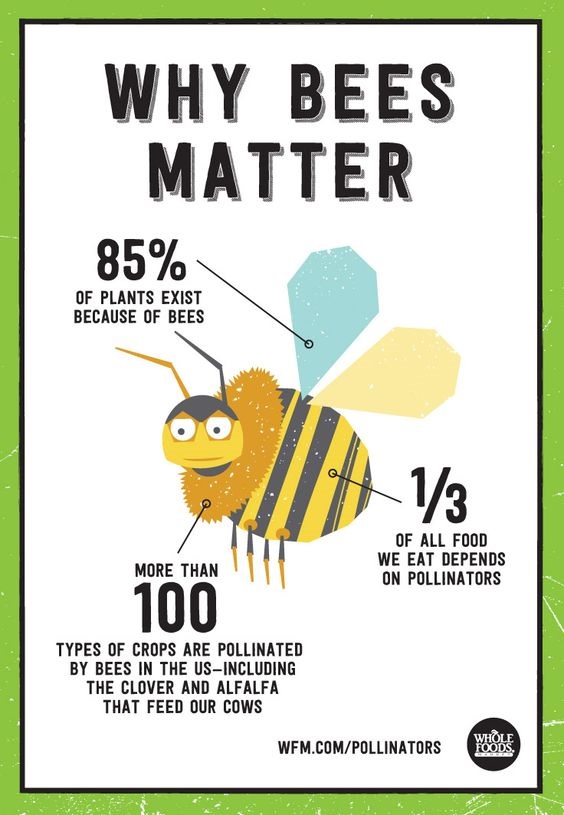 As Victoria Moran, author of Main Street Vegan puts it,

“Vegans are eating these foods, and it’s a little tricky to say that honey from a small beekeeper who is in love with bees is less vegan-friendly than the blueberries and almonds grown with the help of bees.” 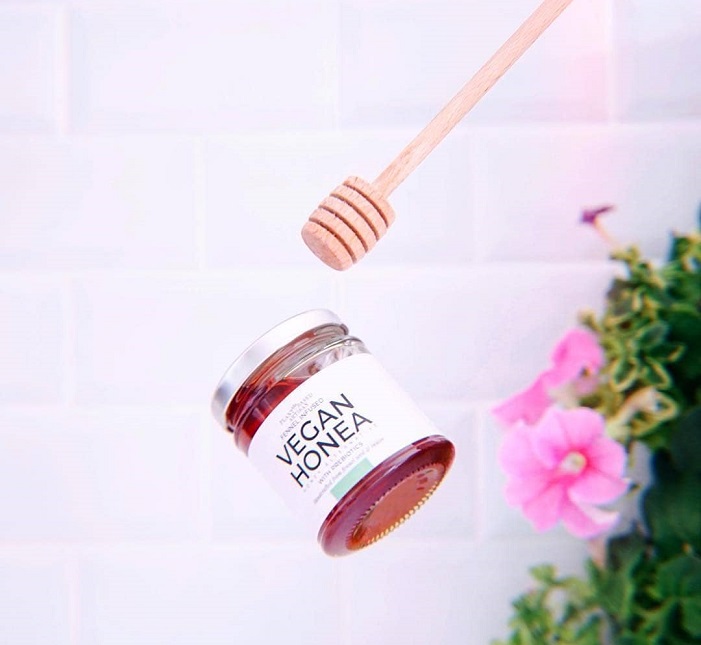 If you’ve decided to cut out honey, for whatever reason, then there are tons of great alternatives that are unambiguously vegan-friendly. These include:

If you struggle to find the time to source things like vegan honey alternatives and make fresh meals every day, Fresh n’ Lean has a selection of vegan meals as part of our vegan meal prep delivery service. We source local, plant-based ingredients and handle all of the details so you can just enjoy the food.