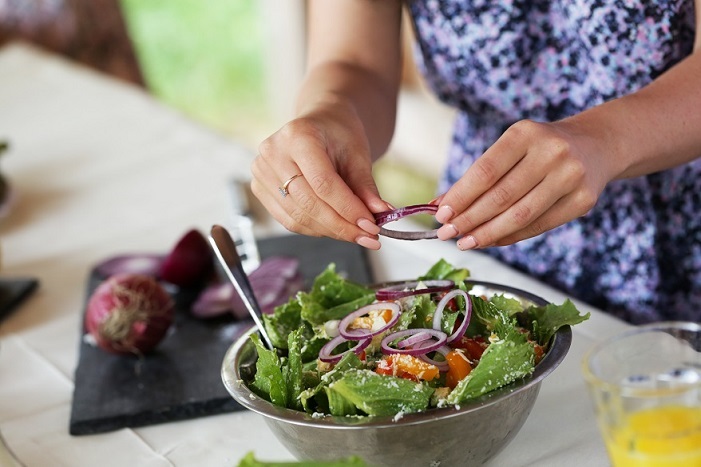 The menopause phase in a woman’s life is a challenging one that most don’t look forward to.

And while this natural change and its physiological effects are mostly unavoidable, some of the most dreadful symptoms associated with menopause can be alleviated by choosing a plant-based diet meal plan. It’s a finding that could make many women rethink their menu – and the way they feel about this transitory part of their life.

Add to the litany of benefits of shifting to a plant-based diet this: reducing symptoms associated with menopause. Yes, the hot flashes, the body stiffness, the sleepless nights – it’s no walk in the park. But your diet plays a very real role, and having a go at a vegan lifestyle may unlock the positive outcomes you’re seeking.

The ill effects associated with this time in a woman’s life – typically between ages 40 and 60 in Western populations – stem from hormonal changes in the body. As the menstrual cycle ceases, levels of estrogen hormones – notably estradiol – fluctuate wildly. Its this surge and suppression that triggers some of the more mood-driven symptoms – irritability and hot flashes among them.

But another symptom that plagues women during this time is weight gain. This may be the case even in spite of regular exercise. That weight gain comes with a variety of other health risks – back pain, excessive sweating or night sweats, or even heart palpitations and other cardiovascular concerns.

Here’s where the power of a plant-based diet takes hold.

Vegetables, fruits and whole grains are both low-fat and low-calorie foods. Introducing less fat and more fiber into your daily diet has been shown to smooth out estrogen levels – minimizing hot flashes and night sweats. And fiber has the power of making you “feel full” – helping you battle urges to binge eat or pursue those late-night snacks.

As reported by US News & World Report, and advised by the Academy of Nutrition and Dietetics:

“Cut back on calories by about 200 per day. Focus on eating nutritious foods, including bananas, blueberries, dark leafy greens, soy, salmon, whole grains, yogurt and plenty of water.”

It should be noted that the advice here is supplemented by more traditional health tips: staying active with both aerobic and strength training exercise, and limiting alcohol and salt intake.

Soy and soy foods are also contributors to a menopause-relieving diet. Soy is known to contain phytoestrogens, which may assist in combating some of the more distressing physiological responses.

More lifestyle changes to promote body and mind strength during menopause? Nix the smoking habit, reduce your caffeine intake, and take up yoga or meditation. The fundamentals of a good and natural diet, however, trump them all.

It’s no silver bullet – the body’s clock is a powerful force that regulates fertility and reproduction, so it’s not something we can short-circuit easily. And any change in diet isn’t likely to have an instant effect – it may be thirty days before benefits are realized, as your body adjusts to a new nutritional recipe. But far too many women know that any mitigation of the side effects of menopause would be enthusiastically welcomed, making this dietary switch a prudent one.