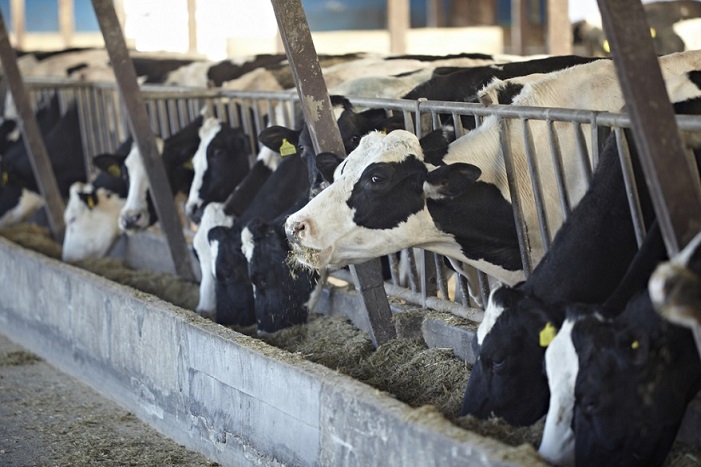 The real germs you need to worry about and avoid are hiding in your grocery store meat aisle.

So you must be asking yourself the following questions: What’s the truth about the meat industry? Is meat healthy to consume? Is it safely produced?

Take these five disturbing meat industry facts into account before you eat another bite of meat.

Each year, animals raised in America for meat ingest more antibiotics than the entire American public.

About 80% of all antibiotics used in the U.S. go to non-organic farm animals to help speed up their growth and counteract stressful housing situations that debilitate the animals’ immune systems.

The lack of accountability for the meds in the industrial farming industry might surprise you. While people head to the doctor for a professional evaluation and prescription, anyone can walk into a farm store and buy pounds of antibiotics.

The Preservation of Antibiotics for Medical Treatment Act, or PAMTA, a proposed legislation in Congress, would end the dangerous practice of feeding drugs to healthy animals and saving the medicines for when an animal is actually acutely ill and needs them.

Fact #2: Chickens Are Given Prozac

Prozac, an antidepressant, may have been part of your chicken’s diet.

Earlier in 2012, a Johns Hopkins University research study examined the feathers of imported chickens to figure out what the birds ingested before slaughter. They found traces of antidepressants, painkillers, banned antibiotics, and allergy medication.

According to scientists, Prozac is sometimes used to offset anxiety common in factory farm conditions. Stress can slow down the chicken’s growth, therefore, hurting the company’s profits.

You could be eating animal deworming medication among other harmful substances.

The U.S. Department of Agriculture discovered traces of harmful veterinary drugs and heavy metals in U.S. beef including some of the following:

Amy Manges, Ph.D., states in her study published in the Centers for Disease Control and Prevention’s journal, that the bacteria found in supermarket chicken could be fueling certain infectious diseases, such as urinary tract infections in women.

After investigating disease-causing bacteria on grocery store meat and comparing it to urine samples of women diagnosed with UTIs, researchers found that 71% of UTIs cases collected from women matched the strain detected in supermarket chicken.

“People are eating a lot more chicken because it’s often perceived as healthier, but what people don’t realize is that chicken is pretty heavily contaminated with bacteria in general, and those bacteria tend to be drug-resistant.”

– Amy Manges, Ph.D., associate professor in the department of epidemiology, biostatistics, and occupational health at McGill University in Montreal.

“All the antibiotics that are pumped into cattle, and other modern-day farming practices, lead to tough, chewy steaks,” says Sarah Klein, a senior attorney in the food-safety program at Center for Science in the Public Interest.

Slaughterhouses have adopted the process of mechanically tenderizing steaks and other high-quality cuts of beef. Doing so involves driving blades and needles into steak, which drives any bacteria living on the surface of a steak deep into the flesh instead.

For example, when you get an undercooked steak (rare or medium) all that bacteria inside the meat is still alive. Whereas before, it would have been seared off when the outside was cooked, Klein says.

E. coli is a bacteria found in the environment, foods, and intestines of humans and animals. The CDC states, not all types of E.coli will make you sick, but the types that do can cause diarrhea and other illnesses such as UTI’s and pneumonia. And according to the CDC, it has continued to rise from 5% in 1996 to 15% in 2007.

We know this is a lot of information to take in especially if this all-new knowledge for you.

Take a moment to let that sink in. Re-read this article or look at the studies and resources that are linked in this article. Think about where your meat is coming from before consuming it.